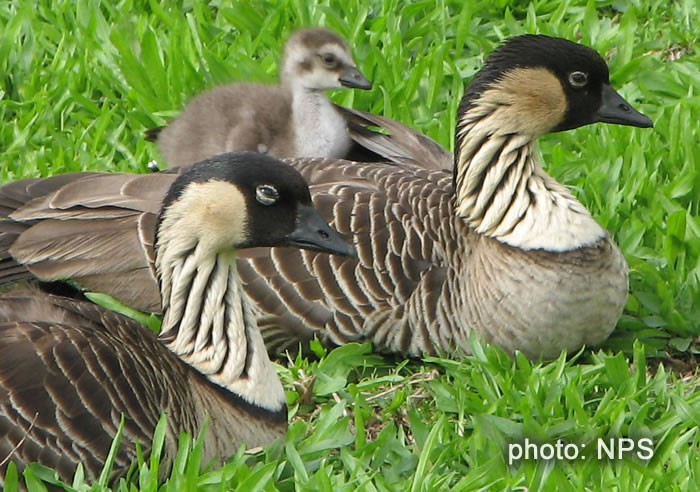 The nēnē, also known as the Hawaiian goose (Branta sandvicensis) is the only surviving species of goose endemic to the Hawaiian Islands. The official state bird, the nēnē is the rarest goose in the world.

By 1950, nēnē were nearly extinct. A mere 30 birds remained in the wild. In response to the crisis, captive breeding programs were started in Hawai’i and in Slimbridge, England. Since being reintroduced to HVNP in 1974, the park’s nēnē population has grown from a handful of captive breeding pairs to over 200 wild individuals. Please support the essential Nēnē Recovery Project and ensure a future for Hawai’i’s critically endangered state bird.